TikTok has become the hub of setting and promoting trends among the millennial and the older generation alike. Every other day, a new fad pops up that either works or doesn’t, but before that can be concluded by an expert, millions have already hopped on to the bandwagon. Lately, the hashtag diet (#diet) has been trending and a lot of influencers have been sharing what they eat throughout the day, what restrictive diets can drastically shed pounds, and how can one get the ‘beach body’ they deserve in a week; all of which is not only unhealthy but dangerous. Yes, there do exist accounts that provide great nutritious information, delicious healthy diets, and losing and gaining weight the right way, but sadly these accounts are overshadowed by the ‘let’s-set-an-absurd-trend-community’.

In a nutritionist’s supervision, we attempted to try a few of these food trends, and here is what the outcome was:

What it is: According to this, an individual can only drink “detox” drinks for three days to cleanse out the system and promote weight loss. These drinks are to be brought from different stores of choice since it’s also for people who don’t have much time on their hands to have diet, calorie deficit meals.

What happened when we tried it: We made homemade smoothies and juices with whatever we had in the pantry, from recipes on the internet. At first, we felt good about the entire thing and even got motivated to go for a run. But then, at the end of the day, we were so tired and hungry, that we realized we couldn’t continue it.

What the nutritionist says: “Typically a person will include detox drinks as part of a detox diet. However, there is very little evidence that these types of drinks and diet have any detoxification effects. Many people do it for a day if they’ve had unhealthy food through the weekend but it is not recommended. Sure, have a healthy homemade detox drink, and incorporate it into your food plan, but that is it.”

What it is: Somewhat a horrible spin-off of intermittent fasting, TikTokers attempt to survive on five M&Ms, Skittles, or some small candy per hour. They call it fast without going crazy, not knowing that what they are doing is indeed crazy. In some videos, they are even specific about having different colored sweets per hour, fooling the audience into believing that they know what they’re on about.

What happened when we tried it: Well, we could only do it till lunchtime. From 8 am, we had a sweet per hour and till 3 pm, the adult sugar count was almost complete without us feeling full, at all! Not only that, but we could not chew more sticky things for the remaining day.

What the nutritionist says: “This “diet” works for some as their body is in a calorie deficit. But, it leaves them feeling tired, nauseated, and worst of all, provides them no nutritional value at all. This made-up sad diet is everything that can go wrong from cavities to diabetes to vitamin deficiencies. Children and teenagers should be monitored at all times by their parents and guardians to make sure that they’re not involved in any such diet plans.”

What it is: Backed up by adults who performed this diet, it also goes by the name “Subway Diet”, or “McDonald's Diet” where individuals ate only food from these fast food eateries throughout the day, within the calories they were allowed.

What happened when we tried it: One of our members attempted to have Subway throughout the week, with two cheat days where she had tea. Others vigorously followed the diet and had anything from the menu as long as it did not exceed their daily calorie intake. We enjoyed it at first, but later on, we felt very unhealthy, bloated, and in dire need to have anything except Subway after three days. However, we completed the diet. One team member lost 1kg (she exercised each day as well), another lost some water weight which she quickly gained, and my weight stayed the same, but our fourth team member who had one cookie per day with a twelve-inch sub lost 1.5kg paired with a morning jog.

What the nutritionist says: “Subway markets itself as a healthy food but it’s not healthy. Neither is McDonald’s. Such diets promote a very unhealthy lifestyle full of processed goods and eventually, the body ‘becomes what it eats’. And yes, you will lose weight if you eat less than you burn, but this diet is nowhere near healthy. It’s better to have a cheat day once a week and enjoy such food but not every day.”

If you truly are looking to lose, gain or maintain your weight, you should book an appointment with a nutritionist who can make you a diet plan keeping in mind your body, your needs, your lifestyle, and your medical past. Such a diet plan will not only help you in reaching your goal but you’ll weed the benefits it’ll bring along with it. You can also consult a nutritionist from the comfort of your home, using our video bookings!

Recommended read: The Simple Science of Losing Weight without Dieting – A Step by Step Guide.

We interviewed a 16 year old from the UAE who got vaccinated for Covid-19, alongside his parents and you'll be surprised to hear his experience!

Take this quiz to find out what 2021 has in store for you, in terms of health, productivity and overall well-being! 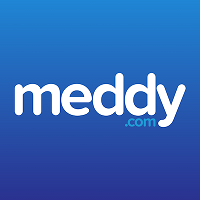 Hakeem
—
Do these TikTok Diets Work? | We Tried Them so You don’t have to!
Share this